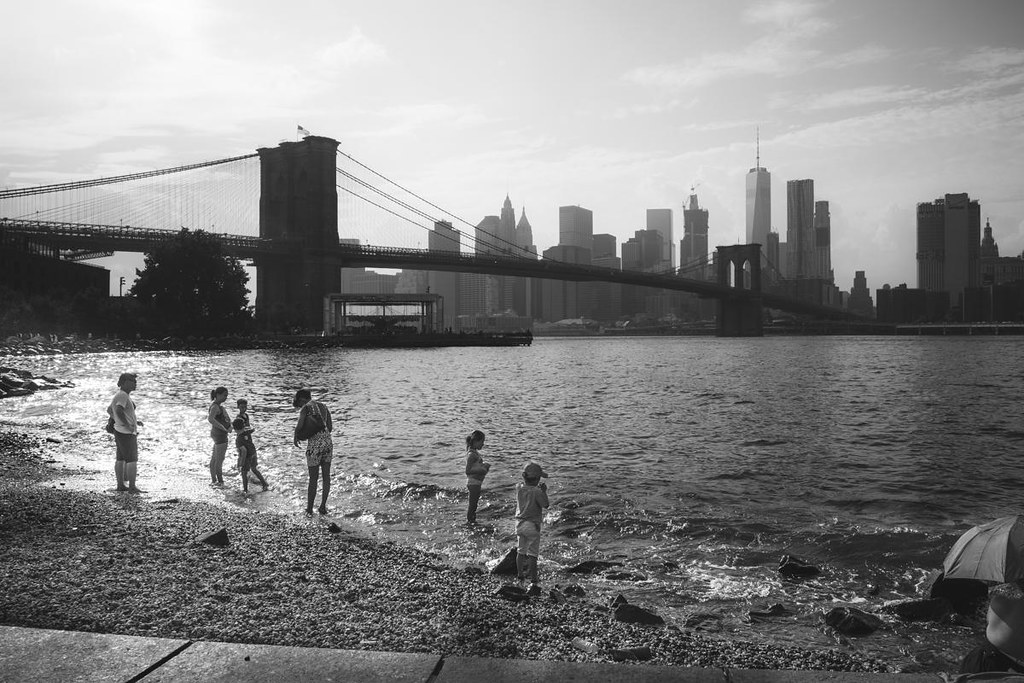 Hi, I'm Rob and I currently reside in Dallas, TX. I work in the film industry as an editor and fell in love with still photography about 3 years ago. I shoot a mixture of film and digital for mostly street and travel, but when I do shoot film I've come to rely on my Lumu to make sure I've got the right settings locked in.

What did you want to become in your childhood and are you that person today?

At one point I wanted to be an astronaut, then an archaeologist and finally a paleontologist. After seeing Jurassic Park in 1993, I decided that I had to find out how they created those dinosaurs. So at 13 years old I knew the path I wanted to take, and today I work in the film and visual effects industry. So that actually kind of worked out!

What do you do when you don’t have a camera in your hand?

When I don't have a camera in my hand, I'm working as an editor - usually editing 24 frames per second instead of just one frame. 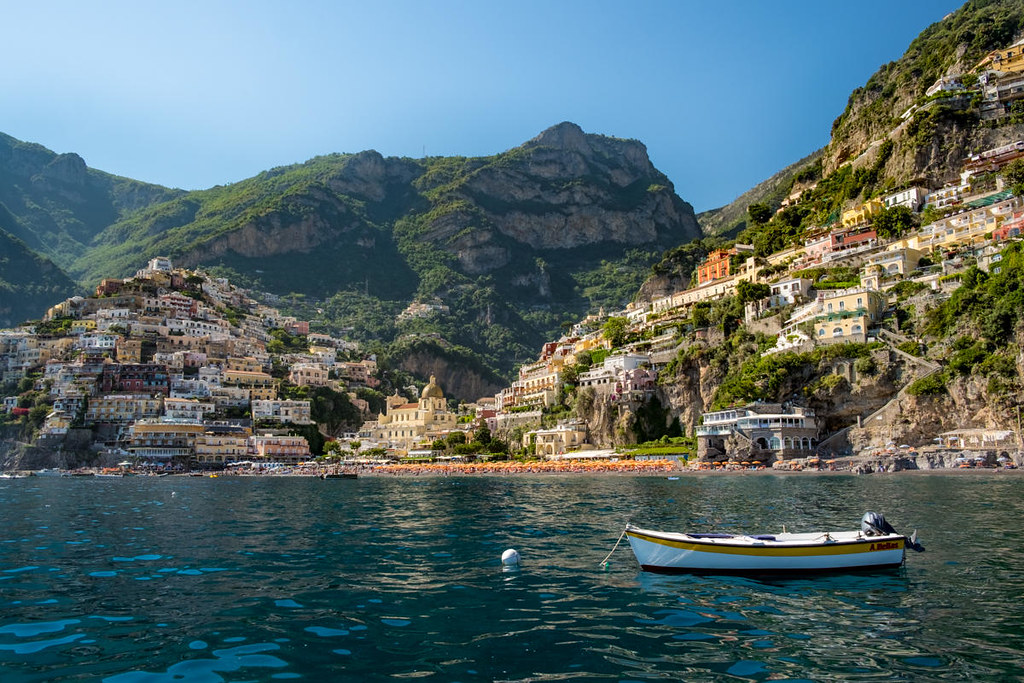 What do you want to achieve?

Photographically speaking, I've really started to focus on more long term projects and less on unrelated snapshots. I'm hoping to be able to pull together some of these images into a full fledged documentary project, with the ultimate goal either being a published book or some kind of exhibition. These are lofty goals as I'm still finding my own style and have a relatively young photography "career", but I think it's important to aim high when it comes to goals like these. 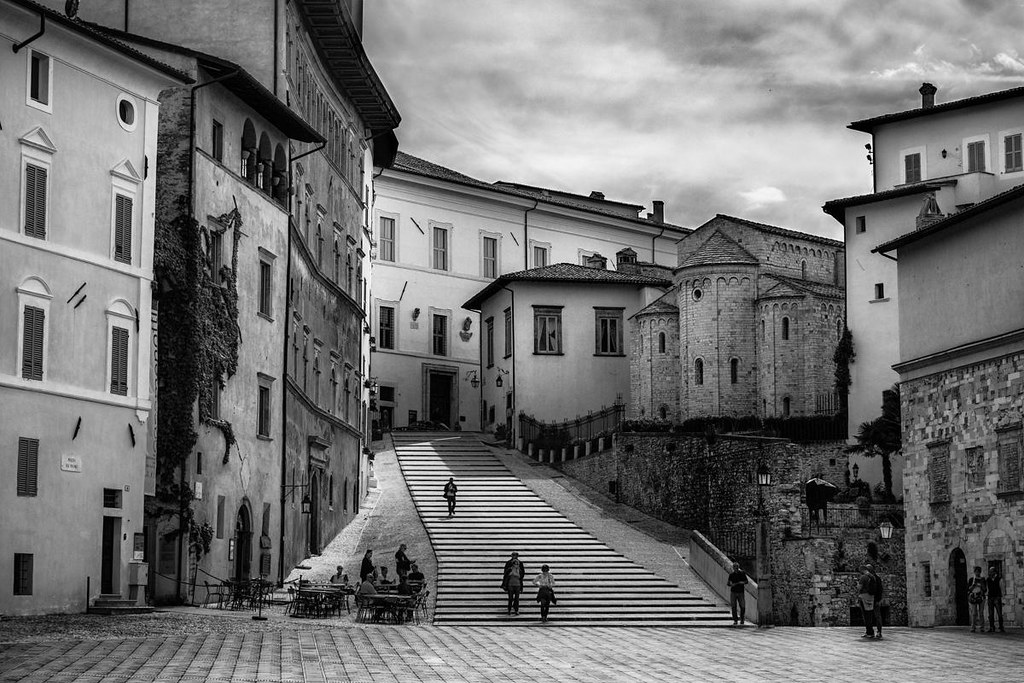 Given my current career, it will probably come as no surprise that I initially got into photography gear because of its ability to produce amazing video. I initially thought I was going to produce more videos (something I've only just now gotten into with a new YouTube channel), but it was actually the still photography aspects that really grabbed hold of me. 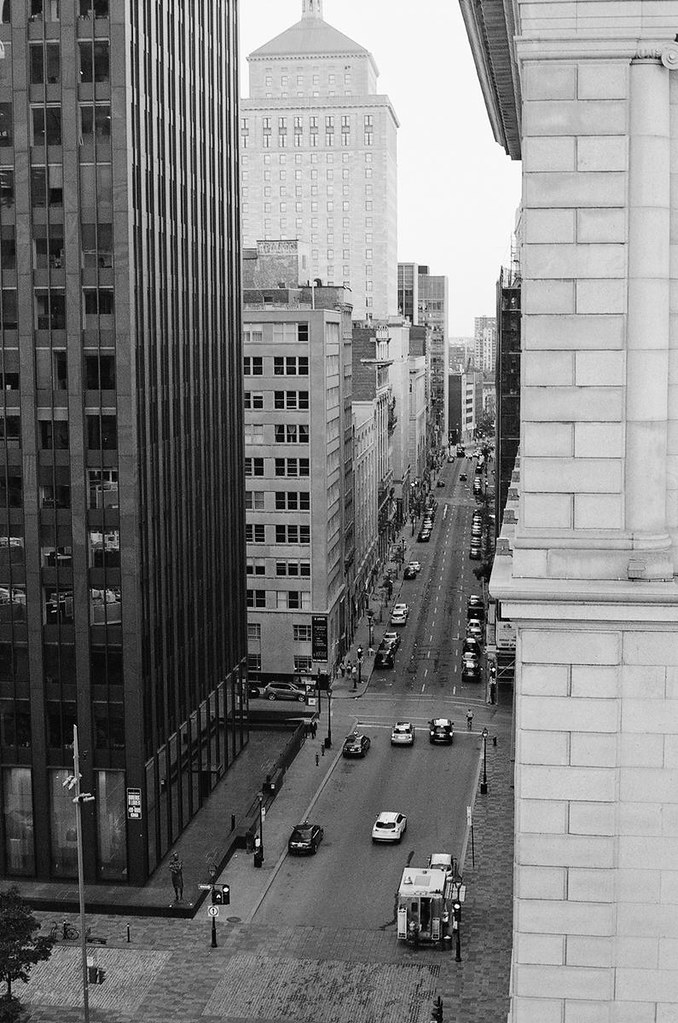 In the early days of learning this new equipment, I found myself hitting the shutter button more than the "video record" button, and learning about how to properly compose and expose still images overtook videography entirely.

Film photography actually just landed on me last year! And I fell hard. I currently shoot medium format and 35mm film. I somehow missed the train in my younger years as far as film cameras go and adopted the earliest of digital cameras. It's great to be able to have this equipment now and learn about the nuances of film photography and how different it can be to shooting digital. I can also relate more to the film to digital transition in our motion picture film industry now that I've handled both systems in still photography. 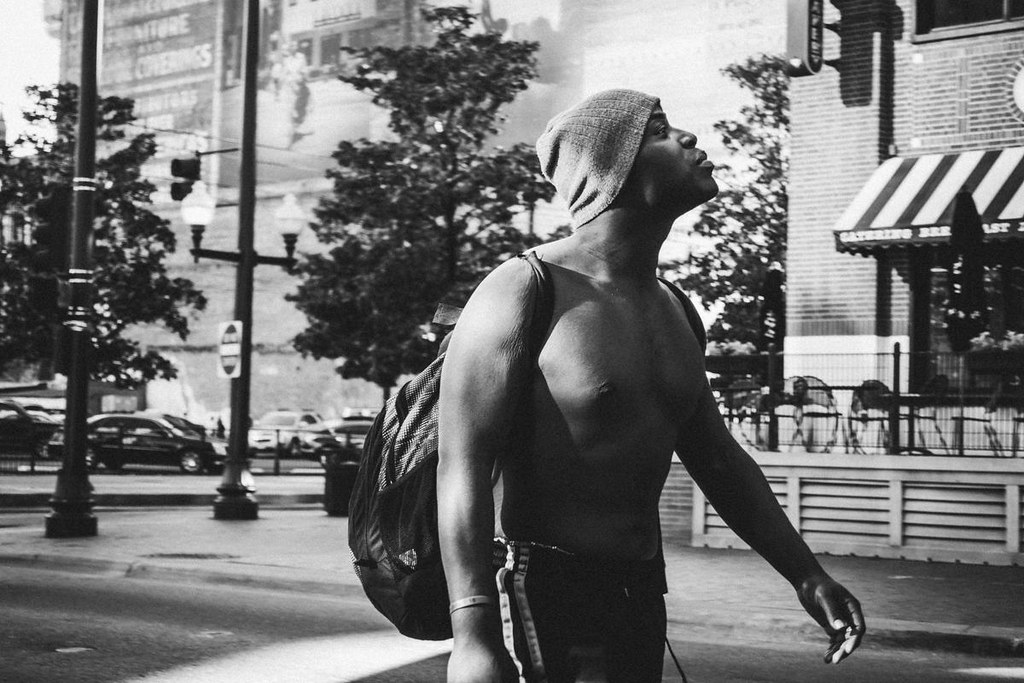 What are your superpowers and weakness (and how do you overcome them)?

I think a superpower of mine, that a lot of people have noticed and commented on, is how outgoing I am when I'm out shooting. I usually won't hesitate to approach someone if I notice something that entices me to shoot, and I can count on one hand the times people have said "No". You always have to read the scene to know if you should approach someone with enthusiasm or a little more discreet so as not to embarrass them, but usually if you get past the initial introduction with a smile you can put most people at ease and come away with a nice portrait.

As far as weaknesses, like most photographers I can succumb to Gear Acquisition Syndrome, but I've done reasonably well recently in keeping that in check! 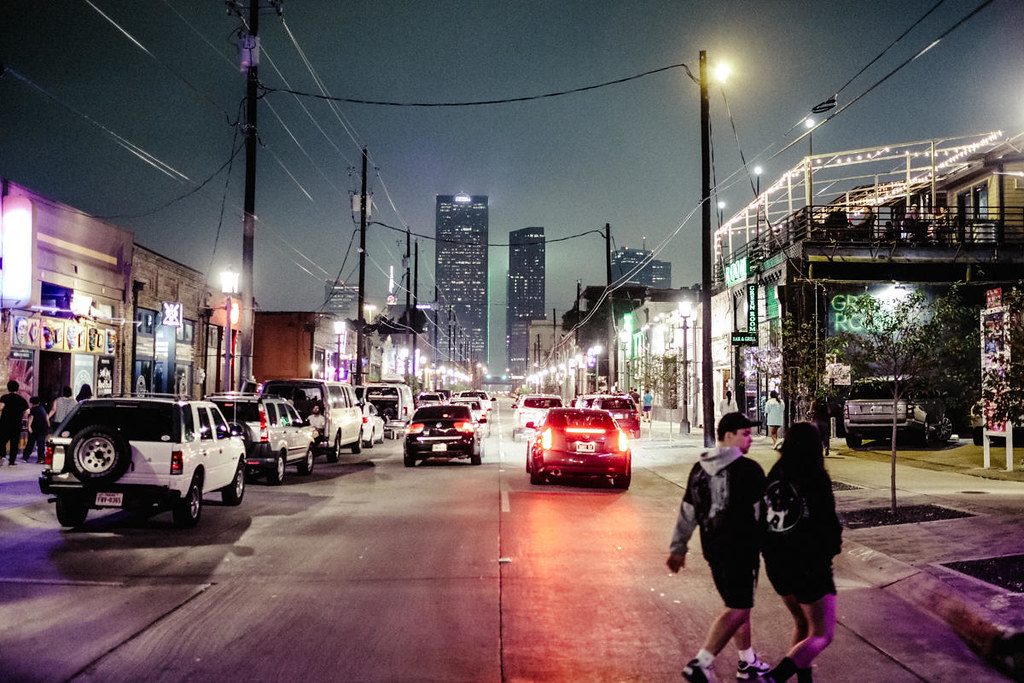 Where do you think the wisdom and instinct for a good photograph comes from?

That's a really great question, and I think the answer is kind of hidden within it. Once you've put yourself in the right place at the right time, it really comes down to truly seeing the scene unfold around you. I think if something catches your eye, that's your instinct telling you that if you take your time and work the scene just right, a good photograph could come from it. 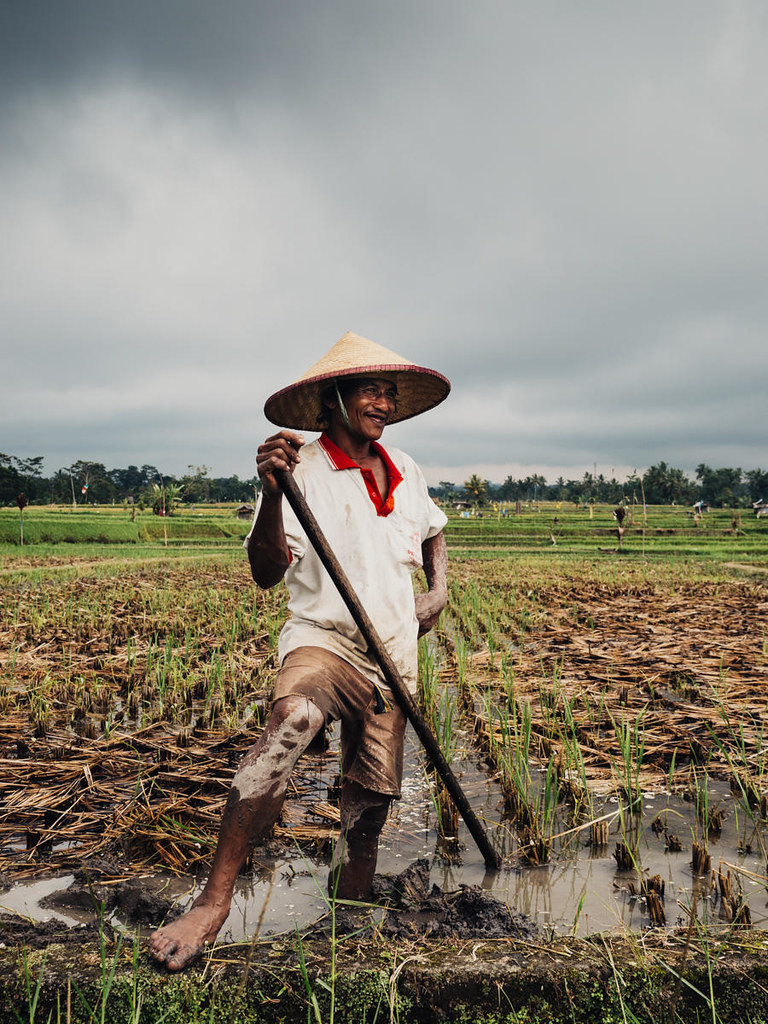 The craziest thing you ever did as a photographer? Have you ever got yourself in trouble?

When I lived in Montreal I attended a number of protests (some small, some large). On more than one occasion I found myself in the middle of the protesters and the riot police, and more than once I was tapped on the shoulder to step back or move out of the way. I never found myself in any truly violent situations, but let's just say things got…tense. 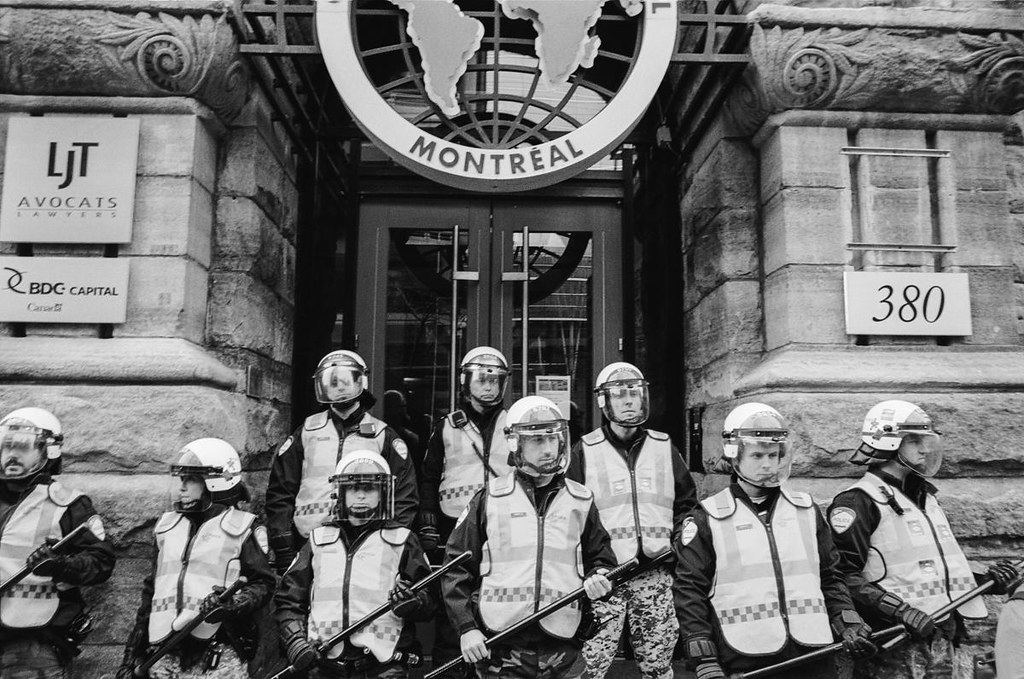 How often do you / don’t you shoot?

You know how some people say to shoot every day? Well...heh. I don't manage that! I've been spending a lot more time "getting my photographic house in order", so to speak. Backing up digital files, organizing, labeling negatives, properly storing them and printing and framing more of my favorite work. I felt like this foundation was cracking, and lately I've taken to repairing it to make sure that projects I work on from here on out will be properly looked after instead of adding them to a big mess! 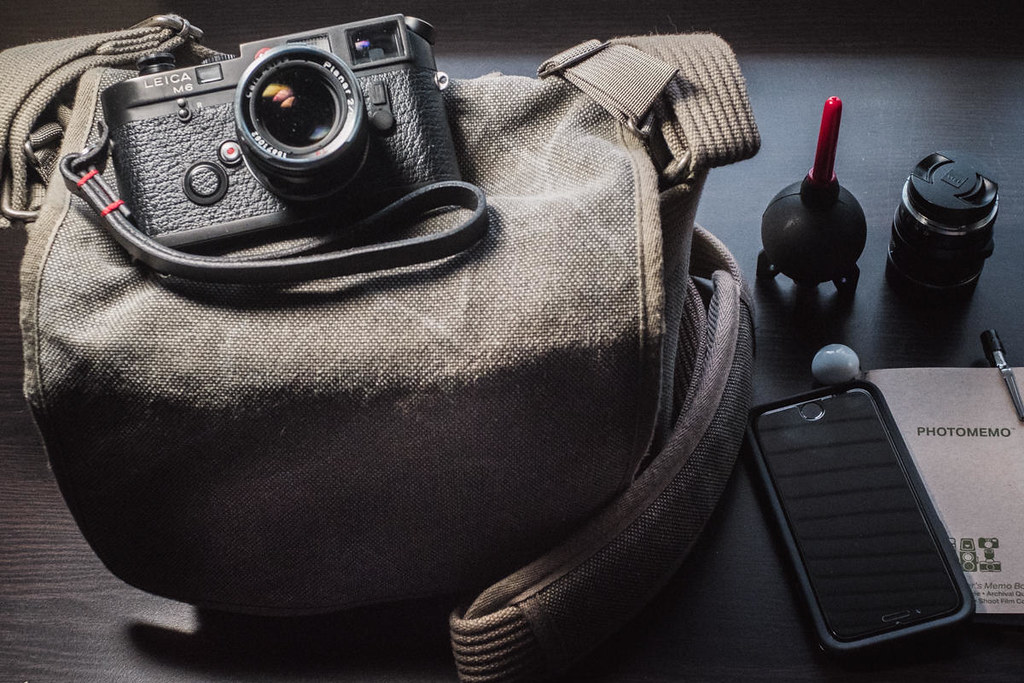 If you could carry only 4 pieces of equipment to a parallel universe (no photo equipment on the other side) for a year, what would you choose?

Tough question. Well if it's for an entire year I definitely want to bring a digital solution, so I'd have my Fuji X-T2 with the 18-55mm lens (sorry prime lovers, gotta stay versatile!) and plenty of memory cards and batteries. After that I think I'd bring my Mamiya 645 Pro TL with the 80mm f/2.8. And as much Portra 400 as I can fit in my bag. And of course my Lumu light meter for the film!

Wait, I've gone way over 4 pieces, haven't I? I don't tend to pack light in reality, either...

When do you rely on your instruments and when on your feelings?

I find that this depends on which medium I'm shooting. If I'm shooting digital I rely a lot on the instruments. Electronic viewfinderrs can show us exactly what our exposure will look like, so I can tweak a lot in-camera. 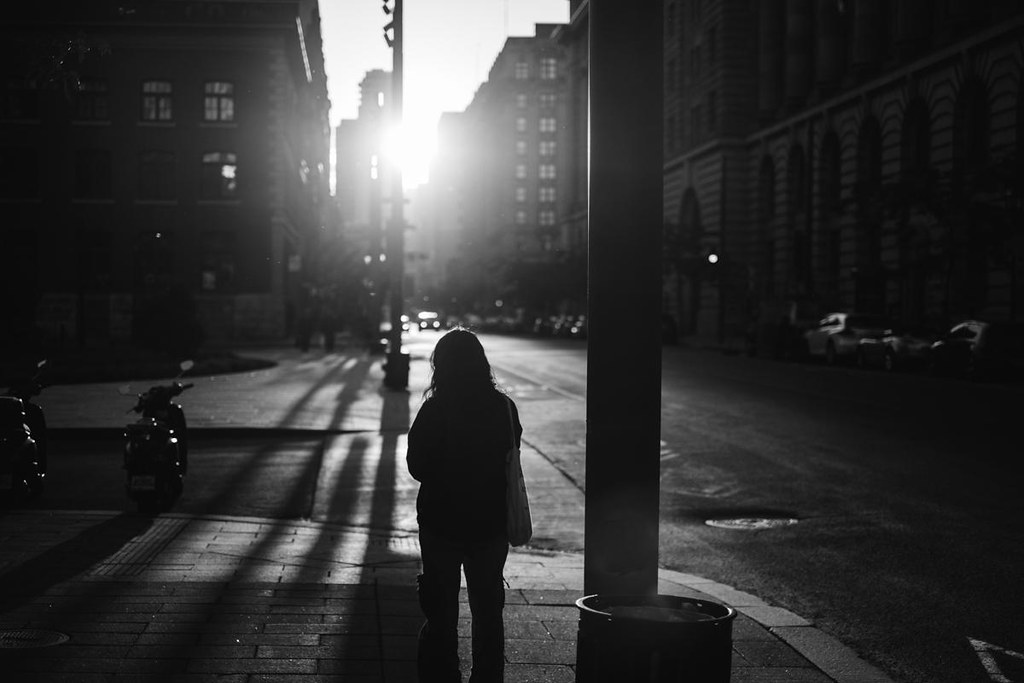 When I shoot film, I usually take a reading with my Lumu and then from there, as long as lighting doesn't drastically change, I feel like I'm spending more time on framing, timing and composing (feeling the scene) rather than tweaking camera settings.

If you could give one final advice / task / riddle to your fellow photographers, what would it be?

I once asked a photographer named George Zimbel for advice. His reply was "Advice is bad." Whether or not that's necessarily true, I think an important thing to take away from that is that in any creative medium you have to find your own way. So my "advice" is to take everything with a grain of salt and to not be afraid to share your own unique point of view with the world. Especially in print! 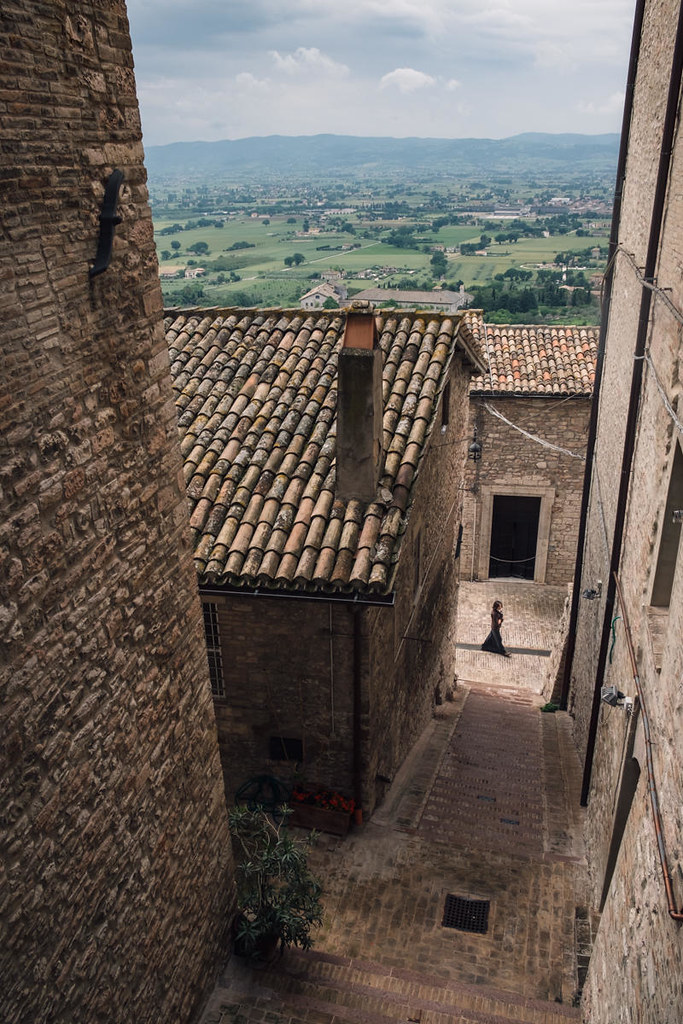 Top 4? Man, that's incredibly hard. OK, let me try to narrow this down to contemporary photographers who have helped shape my own view of photography and who I actively follow on Twitter. All of them also have unique styles of photography that I enjoy seeing on a daily basis:

Patrick LaRoque (@laroquephoto) - Patrick has this great ability to bring the viewer into the most intimate of moments, almost as if he has a way of finding the beauty in what others would consider mundane situations. He has a keen eye, a great sense of timing and color relationships and also an uncanny ability to work a scene. He also happens to be a wordsmith; perfectly blending his imagery with his heartfelt words.
Johnny Patience (@JohnnyPatience) - Johnny recently completed a 365 project (one photo per day for a year) that I think perfectly reflects his trained eye for composition. I also appreciate Johnny's ability to promote community in the photographic circles I follow, which I think is important in this social media day and age. He actively contributes to the film community by offering his advice and sharing his experiences, and that's a wonderful trait to have.
Joe Greer (@ioegreer) - I only just started following Joe but some of his candid documentary-style shots from the recent US inauguration and subsequent marches really struck a chord with me. His other landscape, travel and lifestyle images from the Pacific Northwest are also stunning.
Andre Wagner (@photoDre) - Andre's style is classic and timeless. His street photography in and around the boroughs of NYC is destined to be looked back on fondly in books and exhibitions. It isn't every day when I can look at a contemporary photographers work and know that it's going to be timeless, you know? It's like I can already hear people when they look back on Andre's work and study his methods and his style. It's great to be able to follow along with him now.

I just want to say that it's great to be featured on the blog and I'm glad to have my Lumu light meter with me wherever I go!
If anyone reading this wants to get in touch, here's a few ways to interact with me:

And also, I've finally launched a brand new YouTube channel where I'm going to be sharing reviews and other insights into photography: