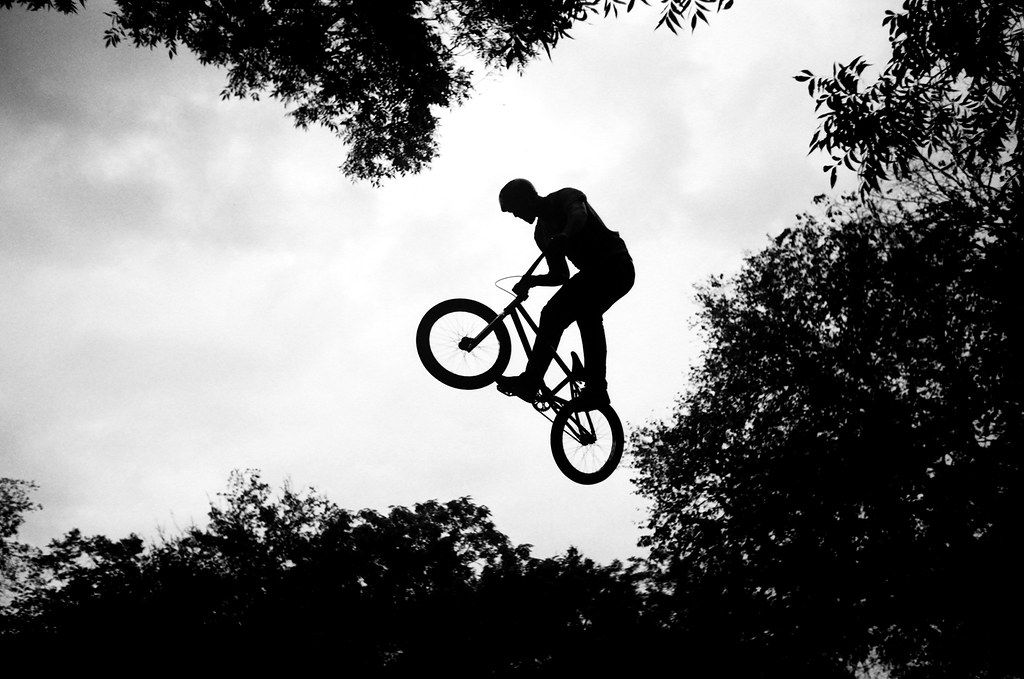 Short personal intro. I recently turned 25, and am relatively new to the photography world. For work, I’m what you call a ‘backline tech’ for the Foo Fighters. That means I travel with the guys and take care of their instruments and whatnot- which is also relatively new to me; I’ve always done tech work on instruments, just never in a touring situation.

Your personal story with photography. Before this past year, I had never owned a camera other than the one built in to my phone. Nor had I paid any attention to the photo community. As our tour schedule started filling in with dates all across the globe, I thought I should at least find a nice simple camera to document my travels.

While browsing Instagram, I began to look for what types of cameras people were using. I almost immediately noticed a correlation between ‘#leica’ and photos that just grabbed me for some reason. Funny enough a friend of mine had a 1940’s Leica IIIc laying around from someone in his family; I had a weekend motorcycle trip planned, and he let me borrow it to see if it worked. My search for a camera ended suddenly. I fell so in love with the first two rolls of cheap film I ran through it, I was immediately hooked. (I had no clue what the settings meant- luckily the camera was set at f8 and 1/30th- and most frames came out!) That trip was in July of 2014. By October, I had done some more research and decided I wanted an M2. I found a good one, and haven’t been able to put it down since!

Here’s one from that first roll. The camera and I had just been poured on while riding through Big Bear, CA: 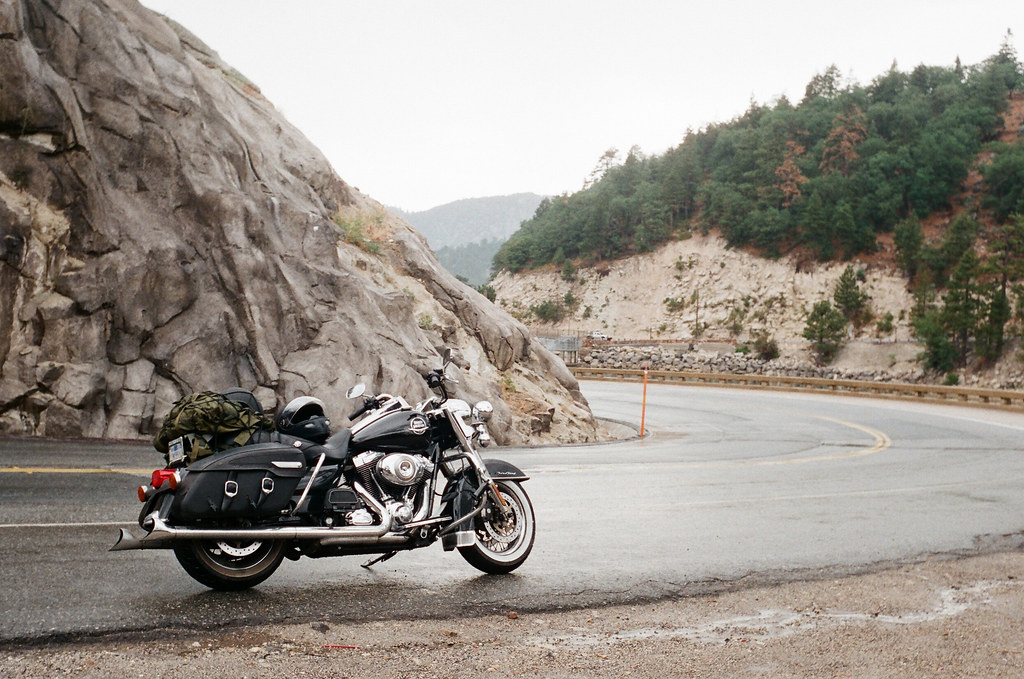 What do you want to achieve? I feel like its too early to decide what I want to achieve with photography. At the moment I’m documenting my ever-changing surroundings while on tour, because that’s what surrounds me. I imagine I’ll eventually find my way to a style or signature of some sort, but for now, I still get excited when I’ve properly exposed the film! I’ve never been one to take normal routes. After high school I didn’t want to do anything except weird science experiments on electronics in my room. Now I’m doing weird science experiments on instruments getting played for 60,000 people a night. That’s really built something into me. I’m ok with not following the normal protocol now.

As new as I am to taking photos, I can already say that I love film photography. And I’m content with just that- I’m going to keep doing it just because I love it. If it turns into something else, so be it. 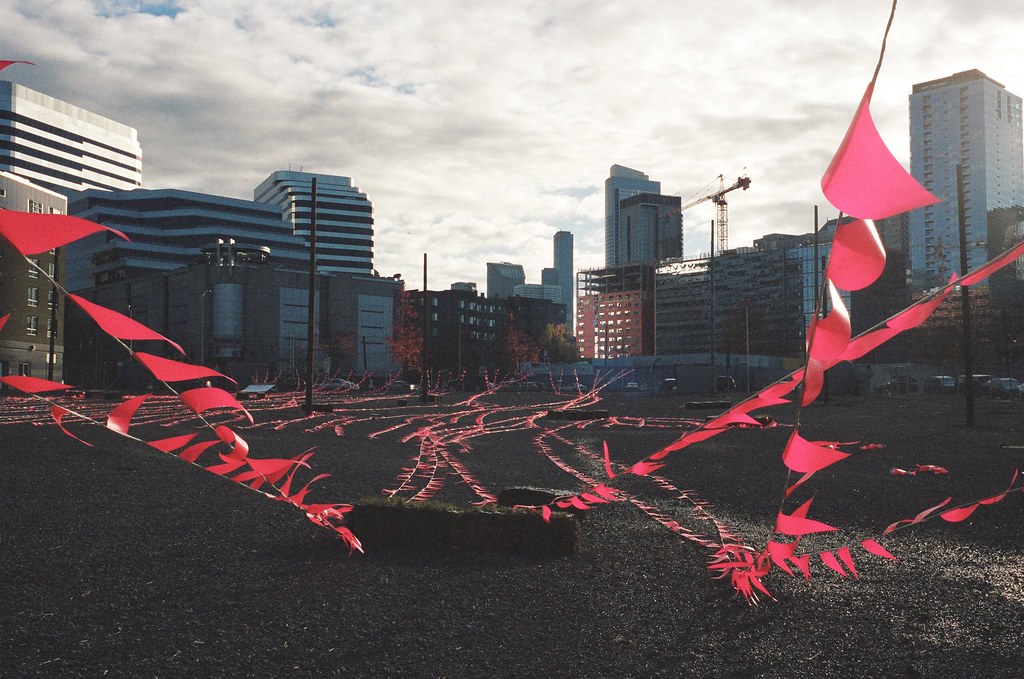 What’s in your camera bag? I always have my bag with me. Always. I take it to breakfast in hotels. And the bathroom. Well, sometimes…. 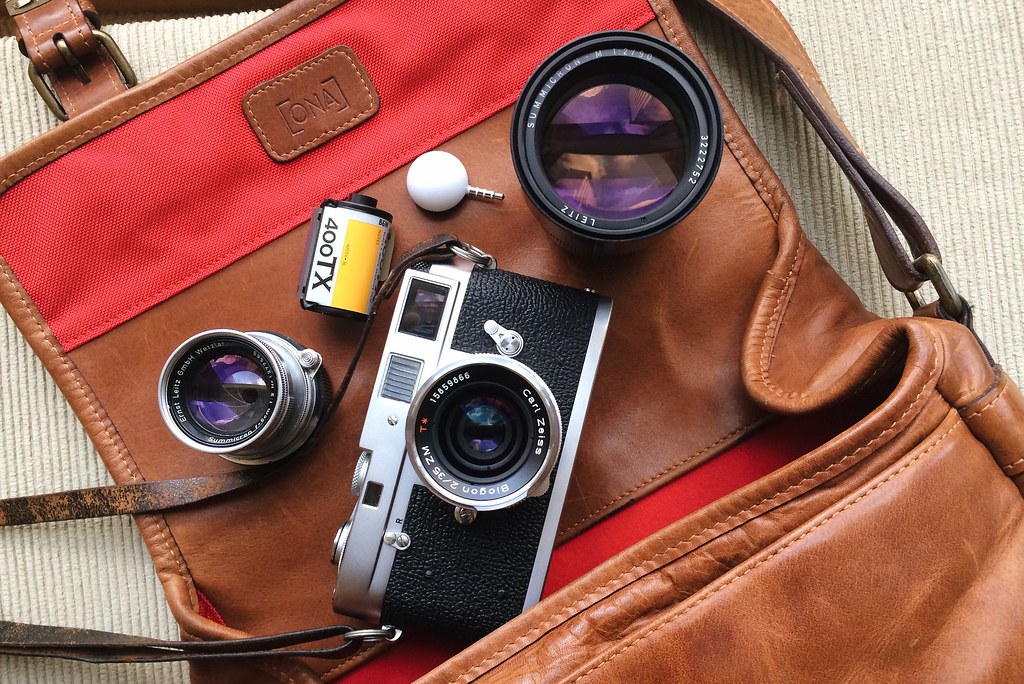 My bag is an ONA Berlin II. It holds my ’65 Leica M2, 50/2 Collapsible Summicron, 35/2 Zeiss Biogon, 90/2 Summicron-M. I also always have my Lumu meter, a Leatherman Wave, battery case for my phone, little flashlight. Then, as much film as I can stuff into the rest of it! I like Kodak Portra 160 and the classic 400tx. Although, I’m starting to lean heavily towards only Black and White. When the M2 is loaded with color film, I keep noticing myself wish it was b&w when I see things I’d like to shoot.

Do you have any kind of obsession? I’m obsessed with learning and getting better at whatever I do. The past few years have been a huge learning experience for me, but one of the biggest things I’ve learned is this: What we have has more to do with how bad we want it than how easy it is for us to get it. I have friends that are taking wonderful pictures on whatever random cheap equipment that they can afford! It’s because they have the eye to notice good photos, and then the willpower to find out how to do it themselves! 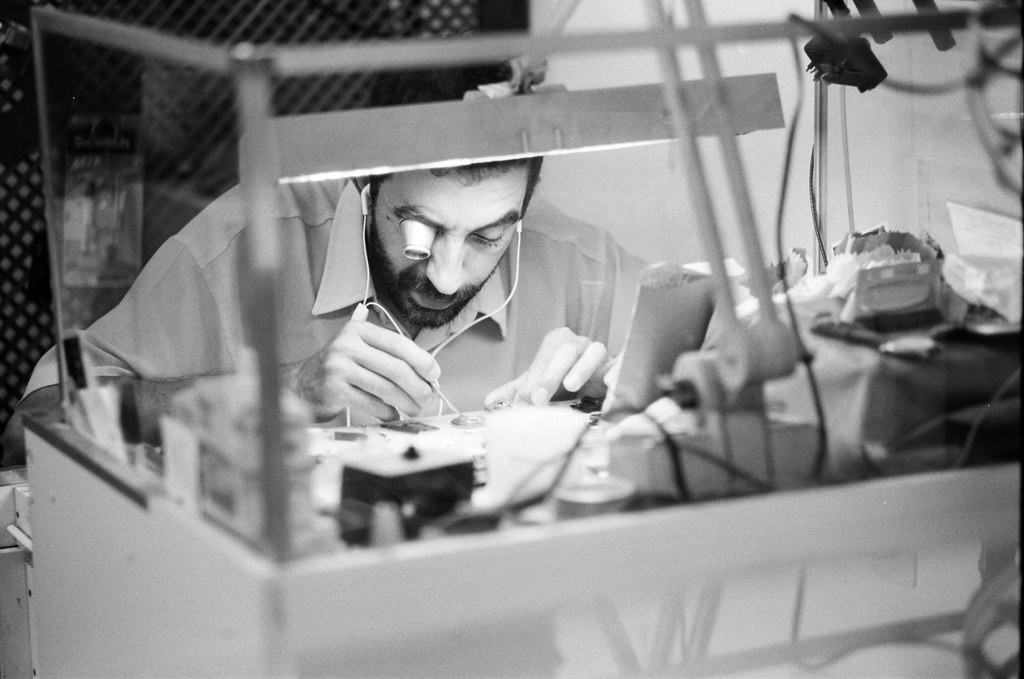 If you could give one final advice to fellow photographers, what would it be? If I had to give some advice to someone getting into photography, I would encourage them to actively hunt for what other photographers are doing, and what the great ones of the past have done. Getting better at something is done by measuring yourself against the world- not just who’s in your small town!

Also, I believe film is the best way to get in to photography for several reasons:

Here’s a picture of my brother on the day I got my Lumu! Lumu’d on his chin! 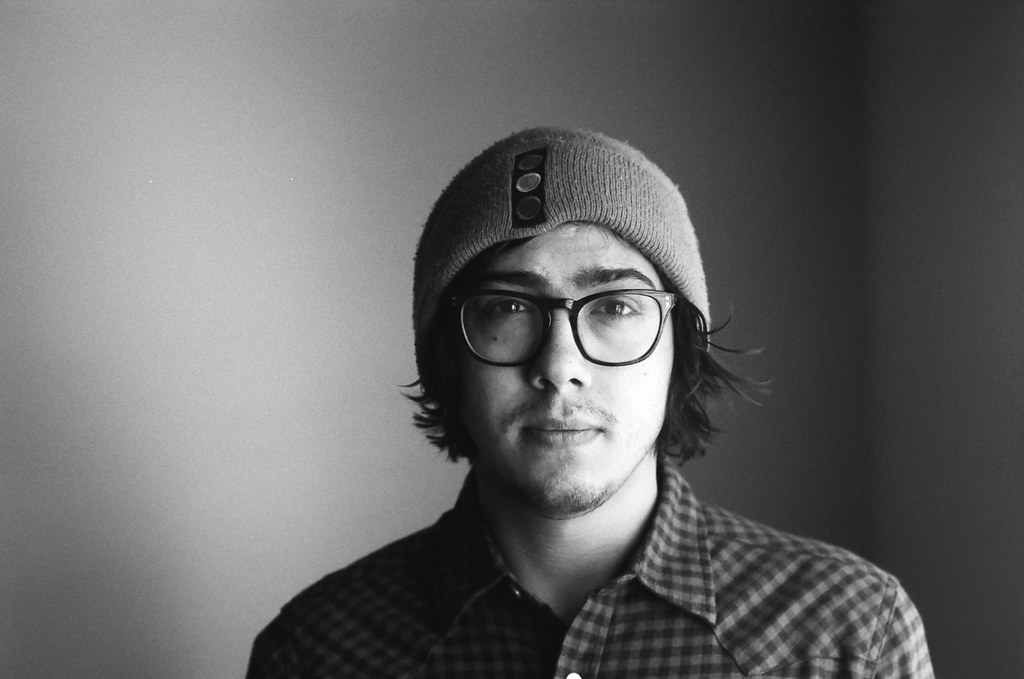